t-matix solutions: Empowering Smart Cities with the Next Level of IoT

Juergen Putz, Head of Business Unit Smart City
The idea of being ‘smart’ has always been considered a benchmark for intelligence. For long, its importance was limited to personal growth and development. The ceaseless desire to add a “smart” dimension has now penetrated in all forms of life–from our machines, to now, our cities. However, the term ‘smart city’ has many connotations. According to the industry expert, Juergen Putz, it was Industry 4.0 and IoT that sparked the genesis of smart cities where it was proposed that inter-connected sensors will perceive and gather data from ambient surroundings and provide valuable insights for development. IoT emerged as the bedrock for building an ecosystem of inter-connected things, piquing the interest of manufacturing, retail, smart cities, and healthcare industries to embark on their journey of digital transformation. However, merging the physical and digital environments to make cities smarter through the power of IoT is easier said than done.

If there is one company that is taking the IoT to the next level for building intelligently networked cities, it is t-matix solutions. Through a powerful IoT platform that serves as the ideal interface to connect a city’s devices, servers, networking, and other processes, t-matix is fuelling the creative concepts of a flexible, dynamic living.

This capability to leverage powerful IoT solutions stems from the company’s deep-rooted experience. t-matix’s core team began its journey over 15 years ago in the telematics space, using stationary, roadside as well as mobile, vehicle mounted sensors to help customers in building large scale tolling solutions as well as vehicle-based data analysation. Besides, to help clients collect data from the multiple equipments in a construction site, t-matix build a centralised IoT platform to analyse and present this data enriched with client specific master data. Having applied the power of IoT in diverse applications, the t-matix team realised that the need for an integrated data solution is not limited to the construction industry but across verticals. This is when t-matix embarked on its vision to build a highly configurable, device agnostic IoT platform to enable their customers building their own IoT application without the need of programming. Presently, the company’s consulting division enables clients from construction, OEM, and smart cities realm to digitise their products and processes, develop new digital products, and innovate their business models by the use of t-matix highly configurable IoT platform.

Our ingrained knowledge about telematics, IoT, and understanding about hardware components and technicalities of machines combined with the expert knowledge of our software team help us interconnect the two constituents through our powerful IoT platform and eventually enables us to explore the possibilities in the area of smart cities

“Our ingrained knowledge about telematics, IoT, and understanding about hardware components and technicalities of machines combined with the expert knowledge of our software team help us interconnect the two constituents through our powerful IoT platform and eventually enables us to explore the possibilities in the area of smart cities,” remarks Putz, Head of Business Unit Smart City at t-matix. The company’s IoT platform, a highly modular, white-label product, enables clients to configure and build their own IoT solution and digitalise their unique smart city features by interconnecting several elements of a city–people, machines, devices, products, buildings, and systems.

Unlike its competitors, t-matix’s role is not limited to merely supplying software to its customers. Be it selecting hardware or recognising unique requirements specific to a particular city, choosing interfaces or connecting them till the final implementation, t-matix acts as a firm stanchion for its clients. “The basic idea was, and it still is, that customers buy our platform and implement use cases on their own,” remarks Putz. However, upon realising the importance of complex sensor data and lack of proper resources that often challenge its clients, t-matix began training them. The company’s team of proficient consultants help customers navigate the complex realm of sensors and digitisation through relevant use cases and educates them on how to weave the integrants for deriving maximum output.

Yet another factor that distinguishes t-matix from its competitors is the modular principle of its IoT platform. The state-of-the-art product enables the professional implementation of web applications and mobile apps within a short time, thereby eliminating the need for complicated programming. In addition, the company has partnered with Austrian Deutsche Telekom’s daughter Magenta to provide seamless IoT connectivity and augment the Smart City initiative.

To illustrate the impeccable benefits that t-matix brings to the table, Putz shares an instance where the company interfaced sensors installed at critical points on the roads to counter the difficulties faced by citizens in winter months. Data collected from the sensors were directly sent to t-matix IoT platform, wherein it was analysed to determine the road temperature, rate and type of precipitation, friction values, and others. Also, the sensors alerted the agencies upon the formation of ice beyond the threshold limit. Not only did these sensors put an end to time-consuming manual inspection patrol but also prepared municipalities to avoid accidents due to ice accumulation, slippery roads, and other reasons.

Scripting similar success stories for its clients, t-matix is currently turning the tide of COVID-19 in favour of the residents by interfacing and connecting particulate matter sensors, indoor air quality sensors, and similar hardware in schools, public buildings, and several places to assess the level of pollution and improve the air quality. Moving ahead on this path of progress, t-matix is always ready to empower its clients to enhance their market and success within the highly potential IoT environment. The company is fostering robust partnerships with prominent players in the market, facilitating cutting-edge connectivity, especially for clients who are in most need of it. “At the end of the day, our customers are Big cities, Telcos, Energy Providers, System Integrators, and Community Service Providers, who use our platform to facilitate seamless communication and interaction in specific areas, be it an organisation, or a city,” concludes Putz. 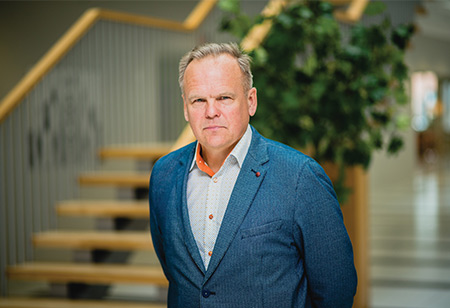 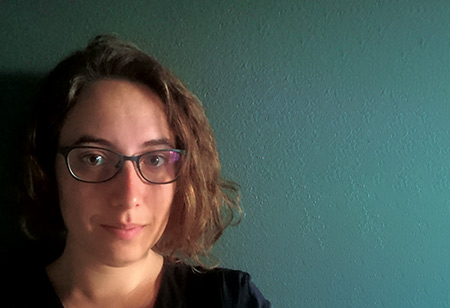 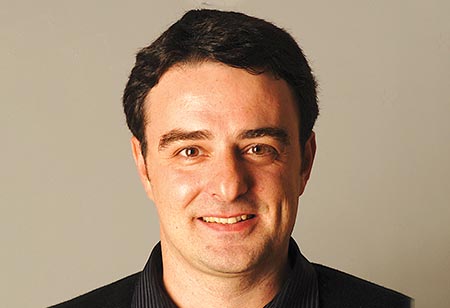