Indrek Ruiso, Founder & CEO
The Internet of Things (IoT) enables access to and control of an environment that was once inaccessible. It connects machinery, vehicles and other assets to the network, delivering new functionalities and enhanced services to both businesses and individuals. The smart environment combines a complex set of technologies: from basic sensors to complex radio networking systems.

“The first fundamental step towards this digital transformation is to connect and collect the data,” said Indrek Ruiso, CEO and founder of Eliko. Estonia-based IoT and embedded electronics company Eliko dates back to 2004. It provides complete IoT technologies and turnkey services to a variety of partners, allowing them to better control their operations in real-time. 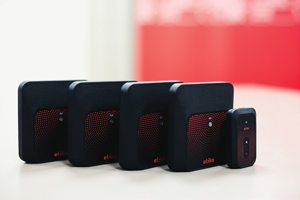 “Eliko has been supporting smart cities, smart manufacturing, machine builders and system integrators towards this major evolution by enabling digitalisation with the right embedded technology, both hardware and software,” introduced Ruiso.

Emerging IoT radio technologies is an exciting area that has been gaining momentum in recent years. These technologies can be used for both communication and positioning, making them a cornerstone of IoT applications. Ruiso believes that indoor positioning will soon impact people’s everyday lives in the same way satellite-based navigation systems do today.

“GNSS-based applications and services are already widely used,” he stated. “The main downside of satellite-based positioning is that it can only be used outdoors. However, we spend most of our time indoors. Thus, indoor applications based on different IoT radio technologies will be the new norm within the next 10 years. Companies which adopt those new technologies much earlier will build a competitive advantage.”

Laying emphasis on the same, Eliko is developing an indoor positioning system on Ultra-Wideband (UWB) technology. UWB improves precision tenfold compared with other positioning technologies, such as Bluetooth or Wi-Fi.

Our long history and broad-ranging expertise in the IoT enables us to build reliable, long-lasting solutions that make an impact around the world

Furthermore, UWB technology has reduced interference with other wireless networks. Eliko’s KIO RTLS has been used in several industries. In manufacturing, it helps track forklifts, pallets, containers and other parts. It is also used for getting detailed positioning data for employee route optimisation, ensuring employee safety or collecting real-time game statistics in indoor sports.

Studies have shown that IoT’s biggest market is manufacturing. Ruiso shed some light onto the reasons why. “With a lot happening in the production cycle that employs various technologies and machinery,” he said, “it is a challenge for production managers to identify the bottlenecks affecting production efficiency. The industry is lacking in terms of collecting data from various sources in the factory and also in further using that data to optimise processes.”

Ruiso suggested looking at a smart factory concept as a three step process. The first step is to connect and obtain data, the second to understand and analyse it and the third to act on it and optimise production.

“Eliko contributes to the Industry 4.0 revolution with its RTLS technology, providing our customers better control over their operations in real-time,” he said. “Eliko also helps in understanding and analysing the data. By adopting real-time location technologies, factories are moving towards a future free of prolonged production cycles or quality concerns. In other words, it builds a foundation for a smart production process.”

Besides that, Eliko has a strong R&D background in a range of embedded technologies. Eliko’s CEO believes that smart solutions need broad technology related know-how to be competitive in the market. “Having a deeper understanding of several technologies instead of a single technology or product enables us to develop innovative and more competitive solutions,” said Ruiso. Eliko's research is supported by European Regional Development Fund.

Eliko has also developed a smart street in Tallinn known as Kalaranna Smart Street. It uses modern street-lighting infrastructure to gather valuable data on the urban environment. Sensors collect information on the street’s electricity consumption, noise and traffic levels and even the amount of rubbish in its bins. Eliko transformed Kalaranna into a collaborative space for researchers, companies and citizens to co-develop smart solutions. Ruiso says that it’s possible to add new high-tech layers to the smart street demo site soon. In the future, by deploying new IoT technologies, the street may even be able to monitor people’s heart rates from a distance to detect sudden health problems.

Eliko’s team enjoys going beyond making simple IoT products and is always looking forward to new and exciting partnerships to solve new challenges together. “After all, it is no longer about what technology can do, but what people can do with new high-performing networks and platforms and disruptive technologies. Our long history and broad-ranging expertise in the IoT enables us to build reliable, long-lasting solutions that make an impact around the world,” concludes Ruiso. 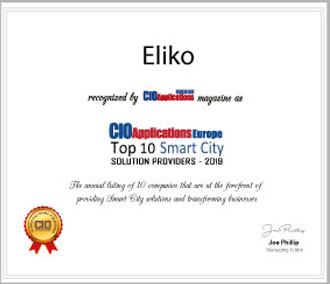 Description
Eliko, a trusted, experienced, and capable state-of-the-art technology provider and partner, delivers high-quality solutions for a smart world. Since 2004, the company is developing technologies and solutions for smart cities, Industry 4.0, healthcare, and many other domains. Eliko offers proven, ready-to-use technologies as well as customization and applied R&D to help create new and more competitive IoT products for a smart world. Its competencies include indoor positioning, machine vision, sensing and signal processing in the IoT space. Eliko is the primary source of applied R&D in the IoT for the Estonian IT and electronics sector